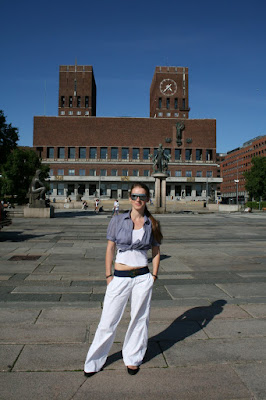 Last year I didin't had the chance to visit the city hall inside, so I didn't missed it now. The paintings on the walls were very interesting.Here is some more detailed info about it :
From Wikipedia, the free encyclopedia
The Oslo City Hall (Norwegian: Oslo rådhus) houses the City Council, City administration, and art studios and galleries. The construction started in 1931, but was paused by the outbreak of World War II, before the official inauguration in 1950. Its characteristic architecture, artworks, and the Nobel Peace Prize ceremony makes it one of Oslo's most famous buildings. It was designed by Arnstein Arneberg and Magnus Poulsson. The roof of the eastern tower has a 49-bell carillon which plays every hour.
It is situated in Pipervika in central downtown Oslo. The area was completely renovated and rebuilt to make room for the new City Hall, back in the late 1920's. 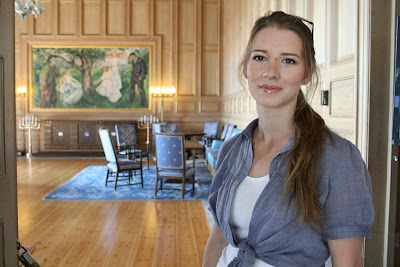 In June 2005 it was named Oslo's "structure of the century", with 30.4% of the votes.
Nobel prize for peace is given to the winner on 10th of December each year in Oslo city hall.

My lunch consisted of a sandwich that I was forced to share with the seagulls that circled me as soon as I sat on the bench near the sea...Damn, they are so selfish and quarellsome when it comes to food! 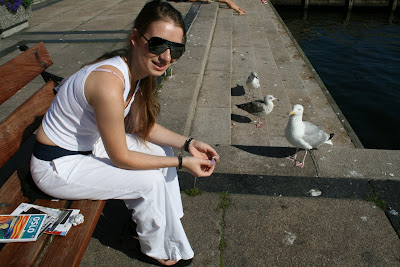 Aker Brygge- the best part of the Oslo fjord 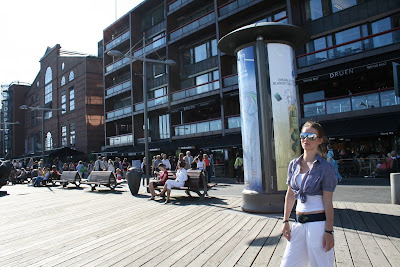 It was full of pleasure boats, cruisers, yachts. Having a boat in Norwey it's like having a car. 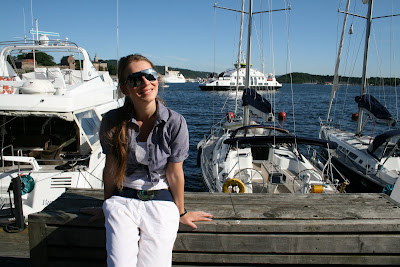 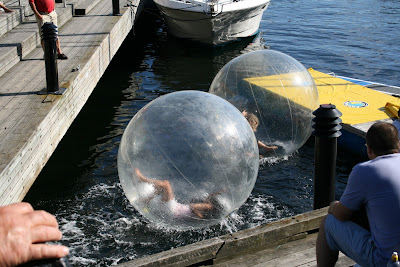 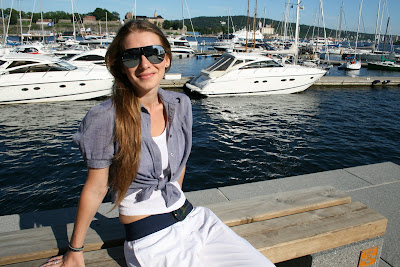 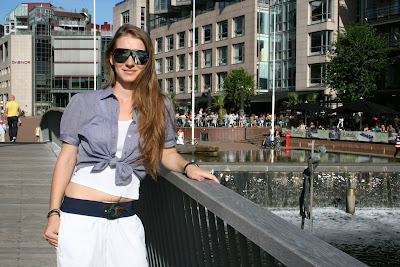 Like other people (not the ones from Romania, that's for sure!!), the norwegians are very relaxed. The kids were free to bath in a fountain in the middle of a very select part of the rich Oslo. 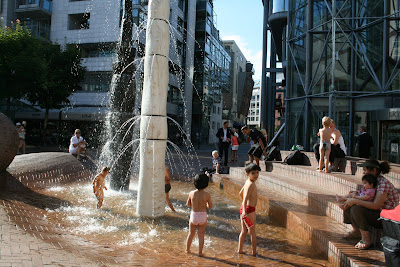 The next stop was the Akershus Fortress or Akershus Castle (Akershus Festning, Akershus slott) - old castle built to protect Oslo.The first work on the castle started around the late 1290s, by King Håkon V, replacing Tønsberg as one of the two most important Norwegian castles of the period (the other being Båhus). It was constructed in response to the Norwegian nobleman, Earl Alv Erlingsson of Sarpsborg’s earlier attack on Oslo. 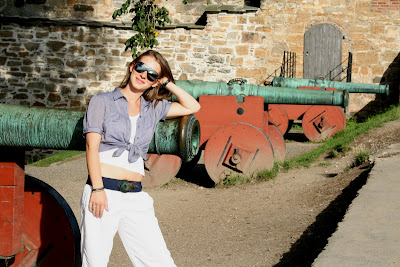 The fortress has never been successfully captured by a foreign enemy. It surrendered without combat to Nazi Germany in 1940 when the Norwegian government evacuated the capital in the face of the unprovoked German assault on Denmark and Norway (see Operation Weserübung). During World War II, several people were executed here by the German occupiers. Akershus fortress is still a military area, but is open to the public daily until 9pm. In addition to the castle, the Norwegian Armed Forces museum and the Norwegian Resistance museum can be visited there. 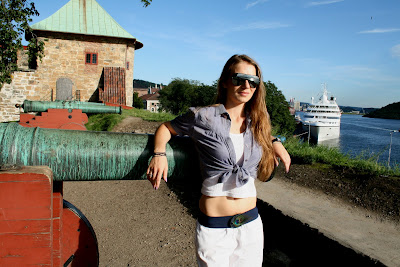