Last summer I've visited almost all the monasteries from Moldova, Romania. Well, today I got to see again the Voronet Monastery and visit for the first time the Humor Monastery. The only things I can say about them...are places that inspire you and fill your soul with peace and harmony. Don't have to mention how beautiful they are. These are pics that show the famous "blue" of the Voronet. Pieces of art (as they are seen through my eyes in the first place) that resisted wars, bad weather, reigns... It's a must see if you happen to visit the N-E part of Romania. 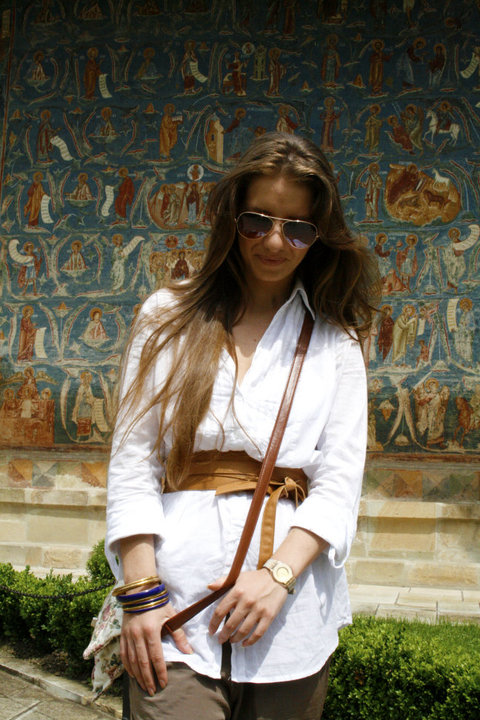 Here's some more info for the curious ones :)
Voronet is considered by many to be the "Sixtine Chapel of the East", due to its magnificent frescoes placed on the West wall. These feature an intense shade of blue known in Romania as, "Voronet Blue", a color obtained from lapis lazuli, which has been added to the lexicon of art alongside colors such as the "Titian Red" and "Veronese Green", being unique. An old romanian chronicle written by Ion Neculce (1672-1745), records that Stephen the Great founded Voronet Monastery in 1488 to fulfill a pledge to the hermit Daniil, who had encouraged the ruling prince of Moldavia to chase the Turks from Wallachia. After having won the battle against the Turks, Stephen erected Voronet in three months and 21 days on the very spot Daniil had his small wooden hermitage.
It remained a working monastery until the start of Habsburg rule in 1785, and only became a religious retreat again after the fall of communism in 1991. Today it is a nun monastery consecrated to St. George, lying at a walking distance from the Gura Humorului town. Under the abbacy of Mother Superior Irina Pantescu, this new community strives to harmoniously combine a religious life of prayer and worship with housekeeping and farm work, running a painting workshop and providing guided tours for the visitors of the monastery.
Voronet Monastery is probably the most accomplished sample of Moldavian artistic achievement in architecture and painting. The monastery was built at a time of peace with the Turks, when Stephen had centralized the state, giving a new impetus to its economy and culture. Its inside and outside paintings were made between 1534-1535, during Prince Petru Rares's rule and at the behest of Metropolitan Grigore Rosca, a salient scholar of his time. In 1547 Grigore Rosca added to the monastery a porch. The paintings on the church walls (which have been made by masters whose names remained unknown, except that of Marcu, master painter, whose name is inscribed on the left side of the entrance door) have a distinctive chromatic harmony, a special manner of composition, nerve and clarity. They are imbued with the softness and warmth of the Moldavian spirit, whereas their colors were drawn from the surrounding nature abounding in blue and green. The artistic approach of painters has a warm humanism, as religious scenes depict Moldavian living people of those times. Thus the angels of the frescoes have the sweet faces of Moldavian women, the archangels blow the bucium - a Romanian shepherd's musical instrument similar to an alpenhorn- the souls carried to heaven are wrapped in Moldavian towels, whereas the souls doomed to the fire of hell wear turbans just like the Turks - Moldavia's fierce enemies at the time. 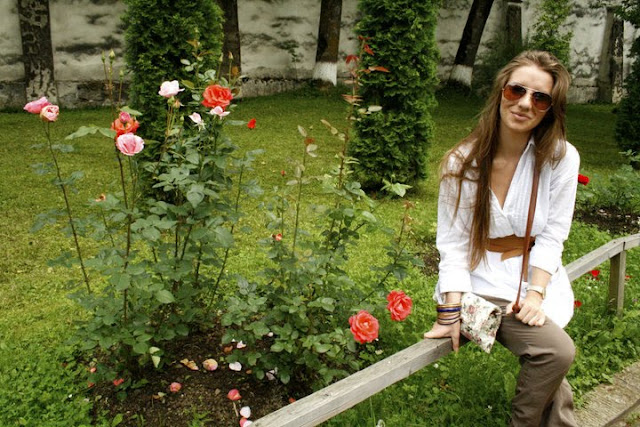 The "Last Judgment" (the pic below) painted on the western wall of the church is probably the finest composition among the paintings of the monasteries in Moldavia. In the fire of hell (a grand funnel of live coals opening at the feet of Jesus), sinners among whom, illustrious characters, kings, popes are struggling their way out. Near the seat of judgment, Adam and Eve are represented, along with bands of prophets, hierarchs, martyrs and Moses. In another illustration, a hand is holding the scales of justice where the sins of mankind judgment are being weighed. To the right and to the left, the devils are quarreling for possession of the accused. Among the sinners, there are many Turks and Tartars, with harsh faces and fierce looks. The animals, too, take part in the judgment, handing back fragments of human torsos to complete the bodies that were torn to pieces by wild beasts. The deer alone as nothing to hand back, for in Romanian folklore it stands for innocence. At the Gate of Heaven, people rush to get in; the painter wishes to express humorously how people hurry to enter the Garden of Eden. The southern wall displays "Jesse's Tree", the fabulous genealogy of Jesus. A fresco including eight panels and almost one hundred characters develops in luxurious interweaving of vine branches and tendrils. Also on the southern side is painted the portrait of Daniil the Hermit. On the northern wall, more exposed to the elements of weather, there are still a few elements representing the "Creation of the World" and a popular legend, "Temptation of Adam", which is also painted at Sucevita and Moldovita monasteries.
Among the paintings on the interior walls of the church mentioned should be made of "The Last Supper", whereas the nave holds a painting representing Stephen the Great, his wife, Lady Maria Voichita, and their son, Bogdan. The chair of the ruler in the church is a masterpiece of wood carving.
The Church has a trefoil form proper to the medieval Moldavian architectural style, predominantly Byzantine. Voronet is quite impressive by its size, i.e. 25.50 m long (apart from the porch), and 7.70 m wide. The doors of the porch have a Renaissance framing, whereas the stone carvings of the broken arches at doors and windows belong to the Gothic style. The existence of exterior buttresses signal a Roman and Gothic architectural influence in the strengthening of constructions, and hence the affiliation to western styles of art.
Romanians consider Voronet Monastery as a place of reference for their culture. It is a place where historic and religious works were issued. Among them, it is worth mentioning "The Old Manuscript from Voronet" and "The Psalm Book from Voronet". Upon his death, SWDaniil the Hermit, who also was the first Abbot of Voronet, has been canonized as a Saint and celebrated by the Orthodox Church on the 18th of December. His tomb is to be found in the narthex, watched over by a burning flame. 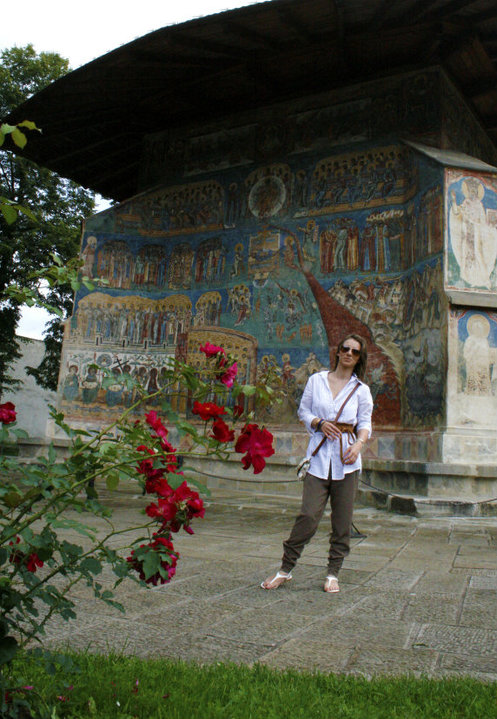 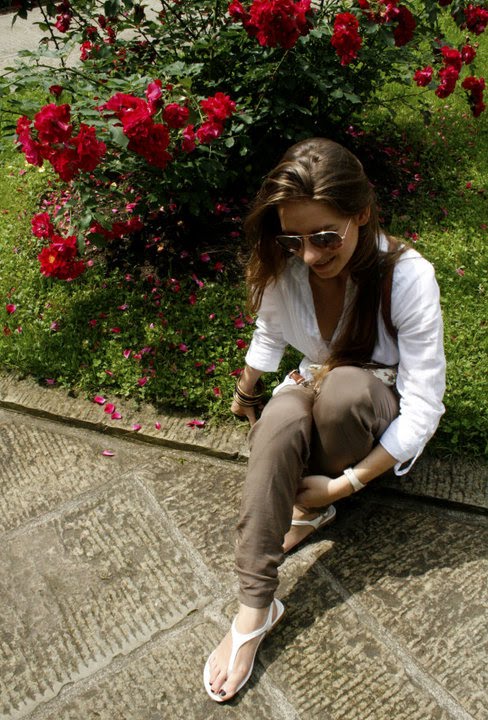 Amiable fill someone in on and this mail helped me alot in my college assignement. Gratefulness you seeking your information.

I'm glad it was usefull!! Cheers!