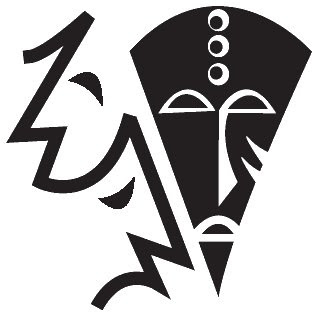 For people like actors, directors, stage designers, anyone who acts in or for theatre, this day, the 27'th of march, it's like our second bithday... We all celebrate the WORLD THEATRE DAY. This is how it started:

This year the World Theatre Day Message will be written by Augusto Boal . He is a Brazilian theatre director, writer and activist. He delivered the 2009 World Theatre Day message on March 25, 2009 at a celebration at UNESCO headquarters in Paris, France. He is the creator of Theatre of the Oppressed , a well-known form of performance-activitism. This is his message for us:

"All human societies are "spectacular” in their daily life and produce “spectacles” at special moments. They are “spectacular” as a form of social organization and produce “spectacles” like the one you have come to see.
Even if one is unaware of it, human relationships are structured in a theatrical way. The use of space, body language, choice of words and voice modulation, the confrontation of ideas and passions, everything that we demonstrate on the stage, we live in our lives. We are theatre!
Weddings and funerals are “spectacles”, but so, also, are daily rituals so familiar that we are not conscious of this. Occasions of pomp and circumstance, but also the morning coffee, the exchanged good-mornings, timid love and storms of passion, a senate session or a diplomatic meeting - all is theatre.
One of the main functions of our art is to make people sensitive to the “spectacles” of daily life in which the actors are their own spectators, performances in which the stage and the stalls coincide. We are all artists. By doing theatre, we learn to see what is obvious but what we usually can’t see because we are only used to looking at it. What is familiar to us becomes unseen: doing theatre throws light on the stage of daily life.
Last September, we were surprised by a theatrical revelation: we, who thought that we were living in a safe world, despite wars, genocide, slaughter and torture which certainly exist, but far from us in remote and wild places. We, who were living in security with our money invested in some respectable bank or in some honest trader’s hands in the stock exchange were told that this money did not exist, that it was virtual, a fictitious invention by some economists who were not fictitious at all and neither reliable nor respectable. Everything was just bad theatre, a dark plot in which a few people won a lot and many people lost all. Some politicians from rich countries held secret meetings in which they found some magic solutions. And we, the victims of their decisions, have remained spectators in the last row of the balcony.
Twenty years ago, I staged Racine’s Phèdre in Rio de Janeiro. The stage setting was poor: cow skins on the ground, bamboos around. Before each presentation, I used to say to my actors: “The fiction created day by day is over. When you cross those bamboos, none of you will have the right to lie. Theatre is the Hidden Truth”.
When we look beyond appearances, we see oppressors and oppressed people, in all societies, ethnic groups, genders, social classes and casts; we see an unfair and cruel world. We have to create another world because we know it is possible. But it is up to us to build this other world with our hands and by acting on the stage and in our own life.
Participate in the “spectacle” which is about to begin and once you are back home, with your friends act your own plays and look at what you were never able to see: that which is obvious. Theatre is not just an event; it is a way of life!
We are all actors: being a citizen is not living in society, it is changing it. "
Augusto Boal

I will be celebrating this day by going to see a play at the theatre I work in and my boyfriend - who's an actor too- is going to read Augusto Boal's Message to the audience before the play starts... so...