customs and traditions in Neamt

More than a couple of years passed since I last visited my grandparents in the Neamt region. What's special about this area is during winter time (around New Year) people have lots of customs, traditional dances preserved since decades ago...I really wanted to see them this year, I got some videos too, but till I'll sort them, enjoy the pics (and the info)!! Plus I had two cousins costumed...I had to be there! 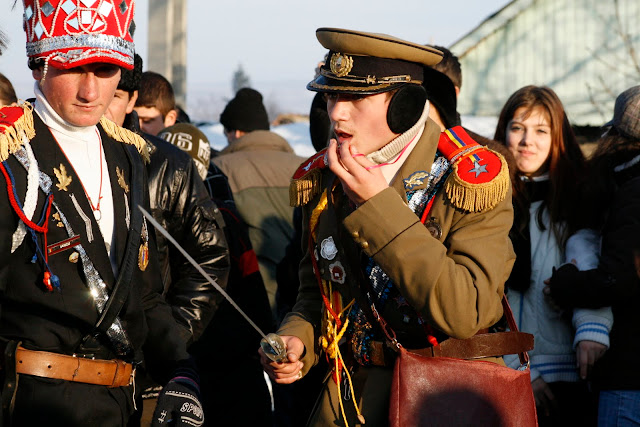 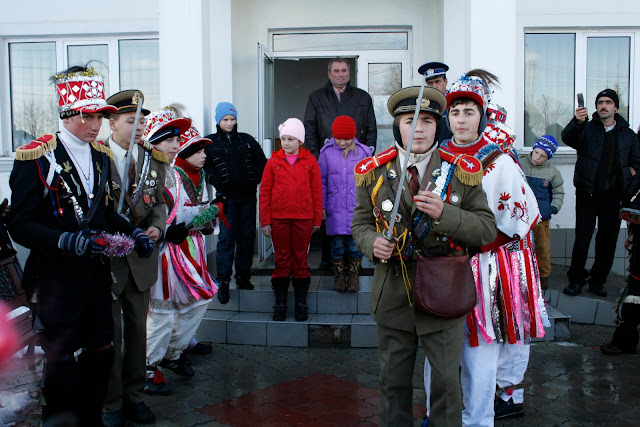 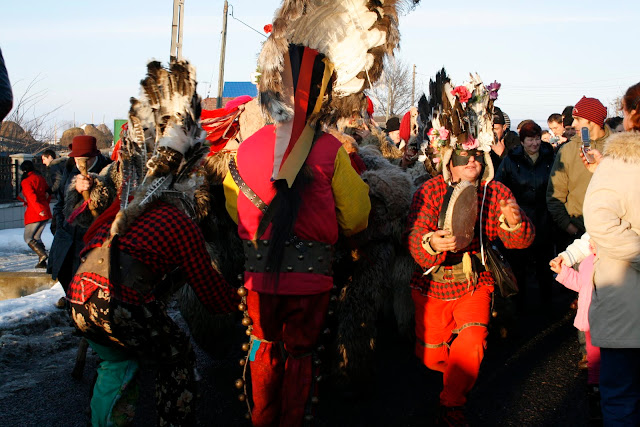 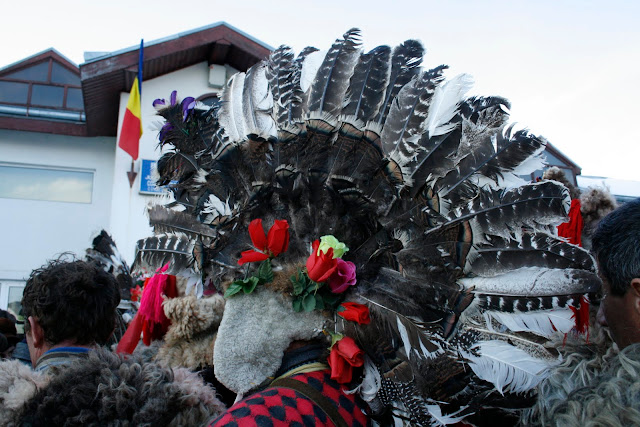 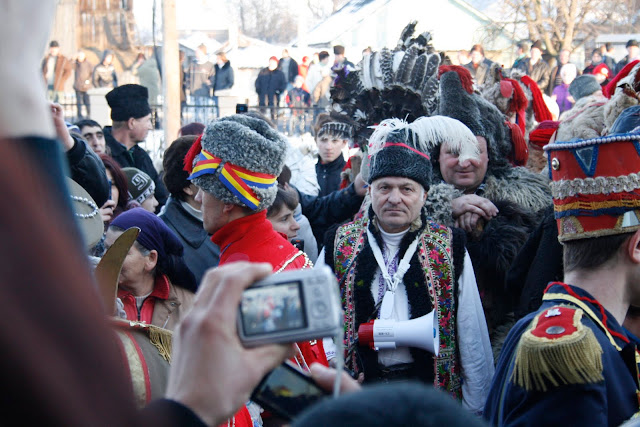 A bit of info : The life of the Romanian peasant has always been structured around the yearly cycle of labour, agriculture, animal husbandry, hunting, fishing and beekeeping. The life of a peasant has always meant making the land productive, not with the aim of becoming rich, but simply to assure a good living for his family. The yearly cycle is also followed in traditions and beliefs, many related to a good crop and placating the spirits. Among the most important traditional beliefs are the ancestors’ spirits, which are said to return among the living during the winter holidays from Christmas to Epiphany. They do not come with harm in mind and are paid due respect. If these spirits delay the return to their own land there is a risk that they could turn dangerous.The same mask playing tradition recounts also beliefs in the supernatural powers of animals, such as the bear (symbolizing protection and strength), the goat, the ram, the ostrich, which are represented with realistic masks. 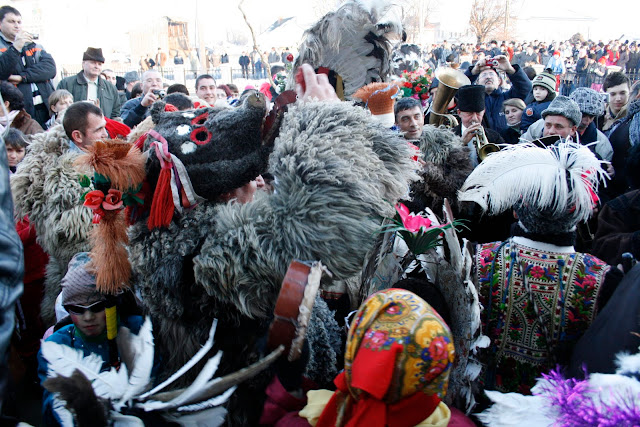 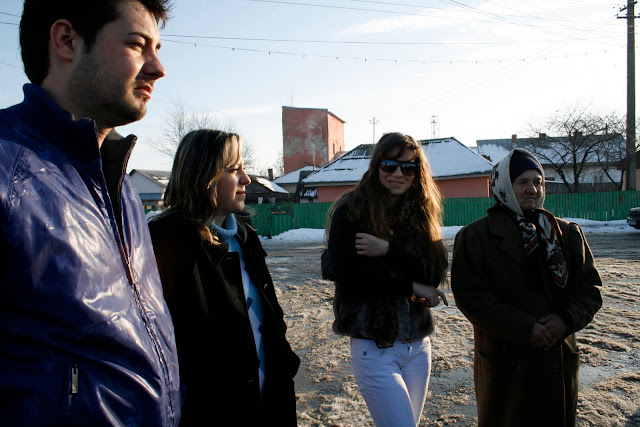 I got the chance to see many relatives along with old friends and the weather was so warm for this period of the year, that allowed us to enjoy the show! 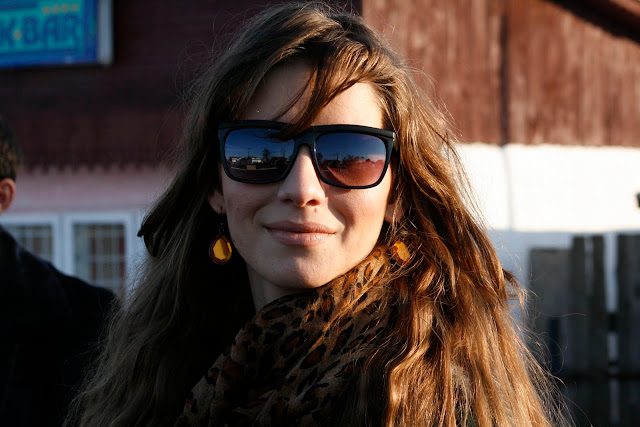 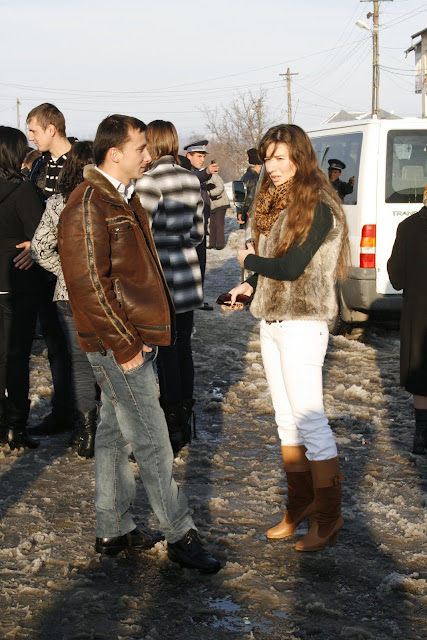