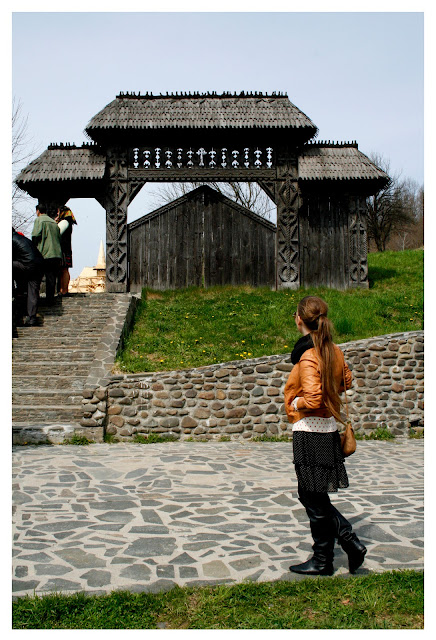 These beautiful pictures were made today on a trip throughout Maramures region. It's in the NV part of Romania. You can find a lot of information about it here. I will only punctuate the places we've been visiting. This is actually the only part I didn't had a chance to see yet...in my 3 years of living in Maramures(..I'm not such a big fan of this region..I just work in the area). This is the Barsana Monastery 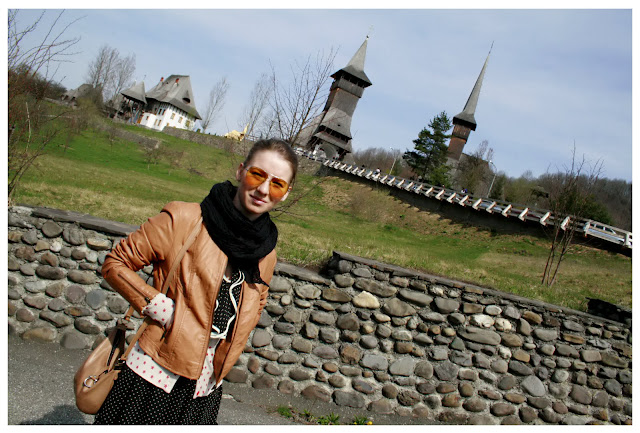 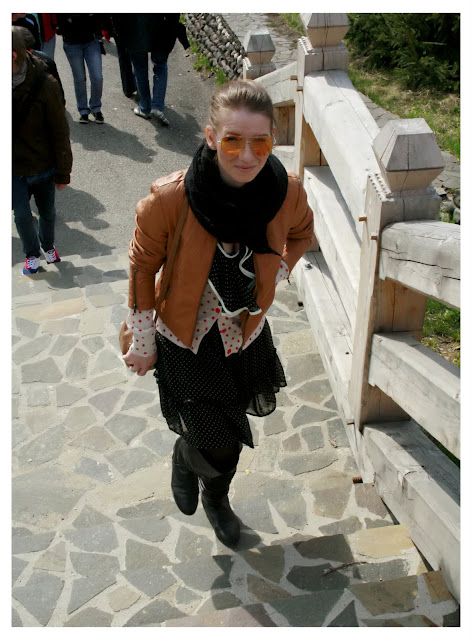 In a rich country, blessed with forests, the wood offers the possibility for everyone to become artists. The village of Barsana dated from 1326. The Maramures wooden churches represent the beautiful synthesis of the major architectural elements of Eastern and Western Europe, more precisely a synthesis of the Byzantine plan and the Gothic forms rendered according to an original autochthonous architectural interpretation. The constructions are made out of wood. The wooden churches with their tall steeples are representative especially for the landscape in Maramures si Salaj. 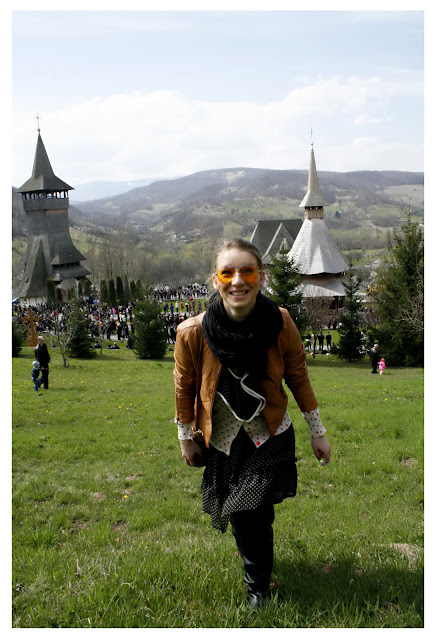 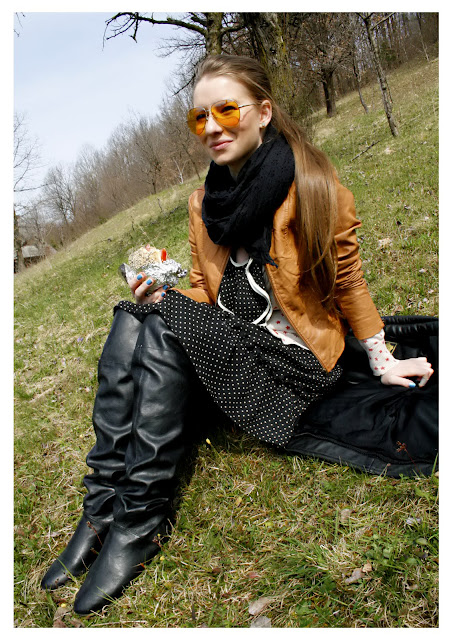 The Monastery is situated on the northern-central part of the village on a hillock from the cemetery with old graves full of grass. The first church was built in 1720 with interior paintings done by local artists Hodor Toador and Ion Plohod. The Orthodox Barsana Monastery is a popular pilgrimage spot in Maramures.The church's plan includes: the gate, the narthex and the nave, with a rectangular form, adding the altar's apse; the exterior seems like a hall, but the inside is divided into separated walls according to the traditional Orthodox ritual.The narthex is very narrow, with low ceiling and with flats over the girders. It is separated by a central door, having no windows. Barsana's interior frescoes are very similar to those of the painted monasteries of Moldavia. This Wooden Church is the only one with double cornice, the Old Monastery, the tallest wooden building in Europe (62 m tall). The old church has florid paintings among the best in Maramures. At the end of the village is a new nunnery, with a wooden church, raising a 54 m steeple (the highest from Eastern Europe). In the church, the men occupy the pews or stand in front of the altar with the young girls in front of them, often around the altar. Young boys fill the balcony while the women, and girls over fifteen years of age, sit or stand in the narthex. Older women sit outside on the benches attached to the walls of the church. The church steeple, at 56 meters, has surprised the steeple on the church in Surdesti. The entire project, including the nunnery has been led by the Mother Superior, Filofteia Olteanu by having it constructed little by little as contributions allowed. The construction has taken place using traditional methods. No power tools and no metal nails are used. (info source) 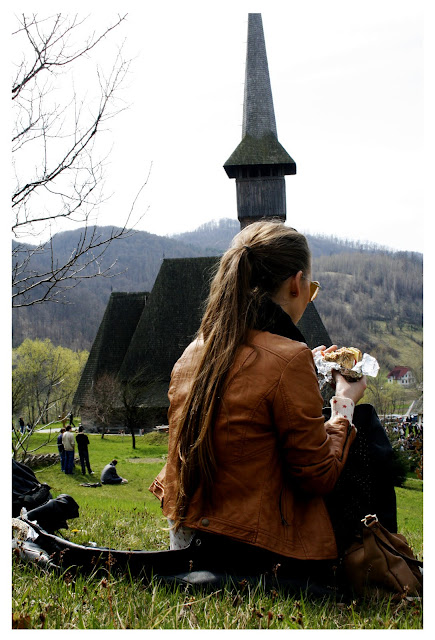 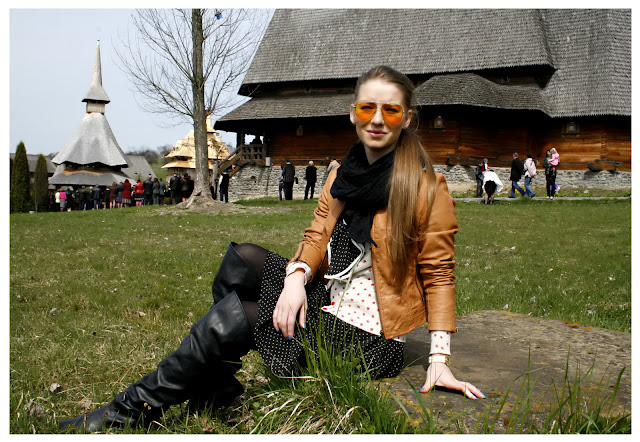 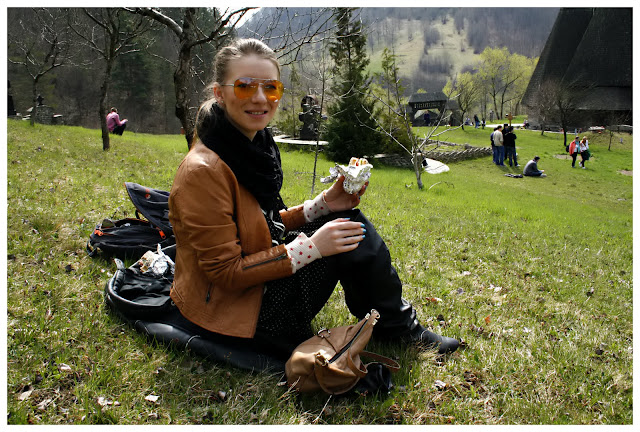 Having a snack before going to visit the next point of interest : The Merry Cemetery. I've been here before...you'll probably find the post somewhere on my blog. This is why it's worth coming every time I got a a chance: info 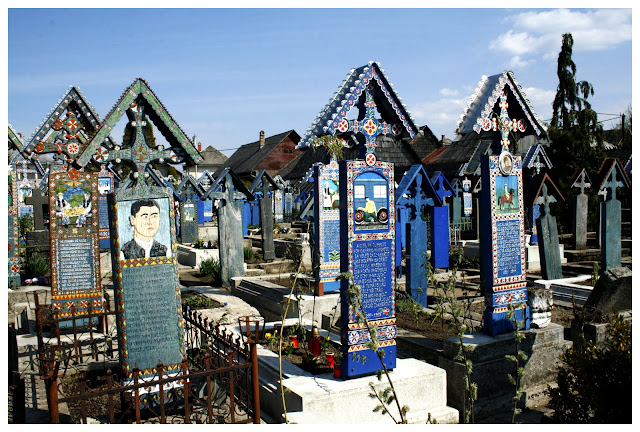 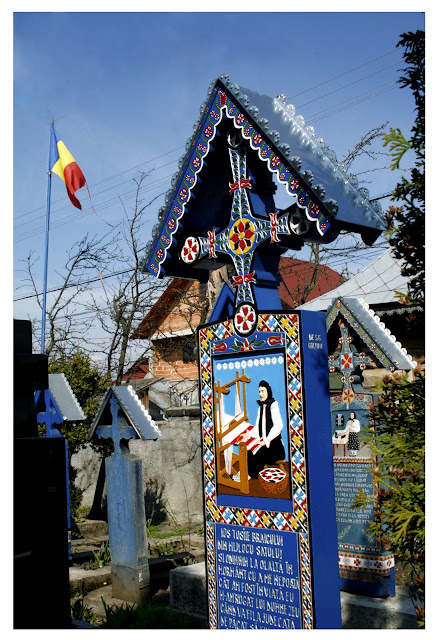 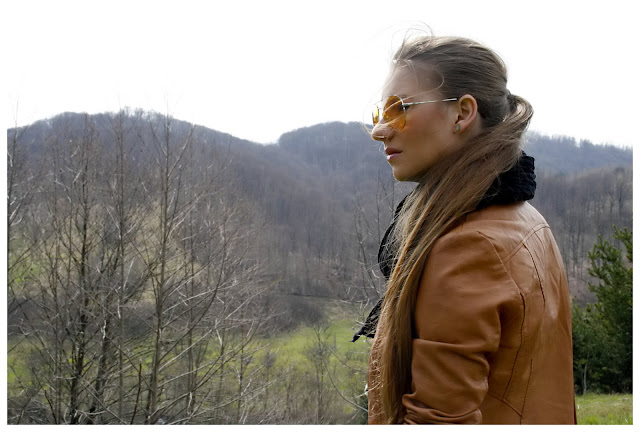 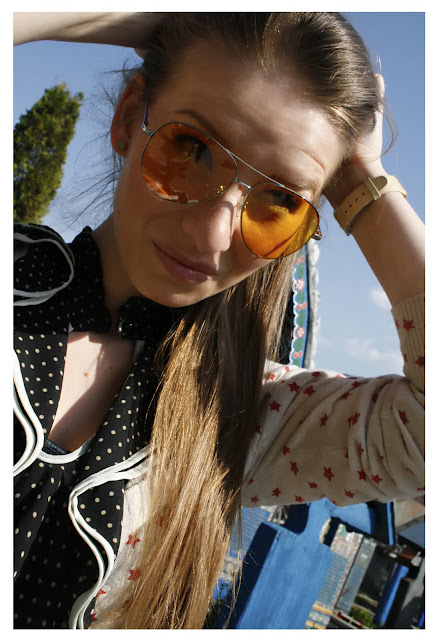 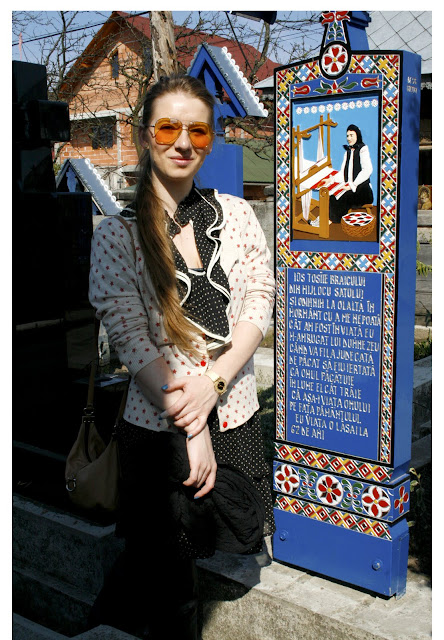 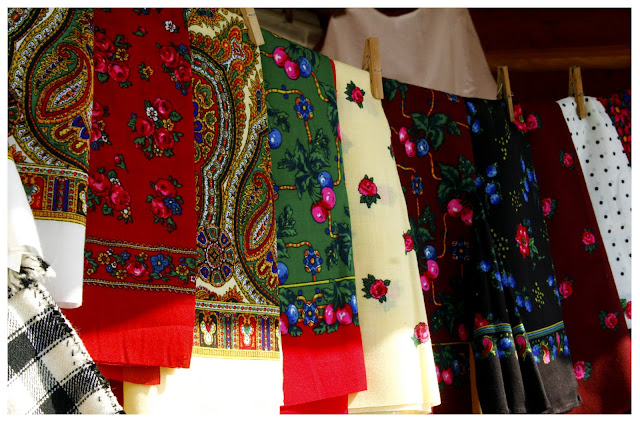 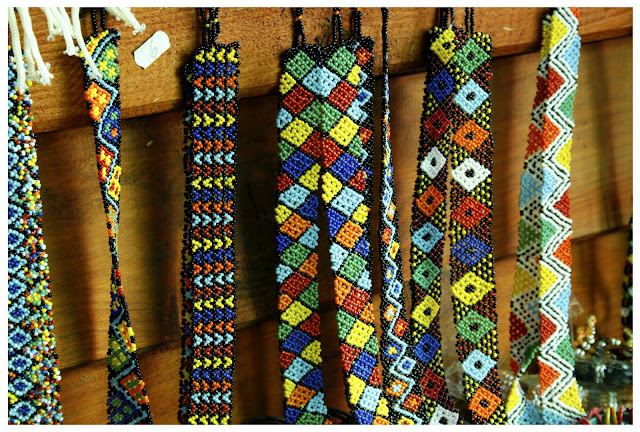 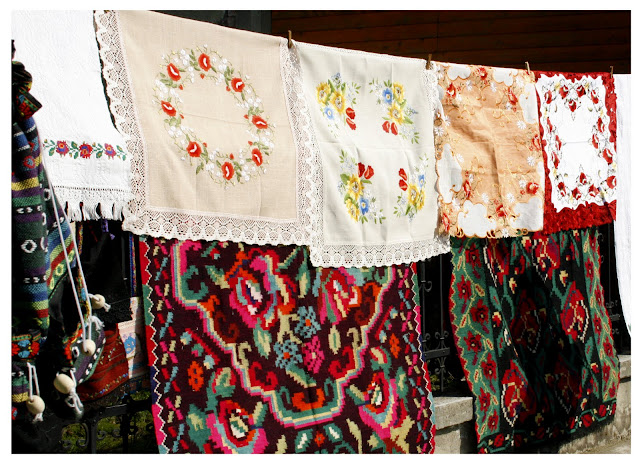 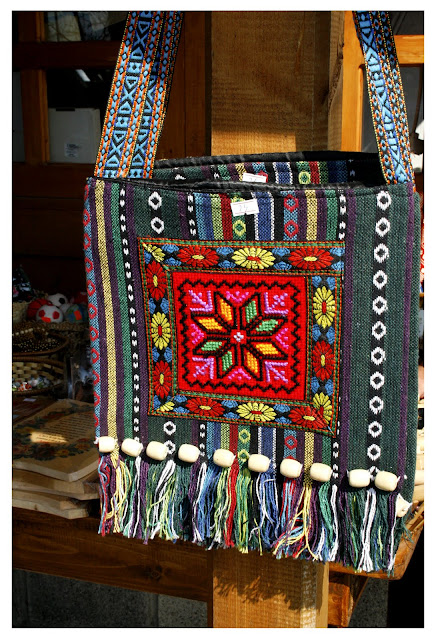 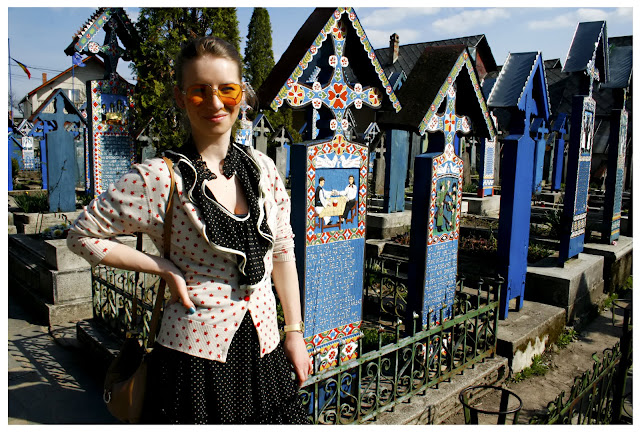 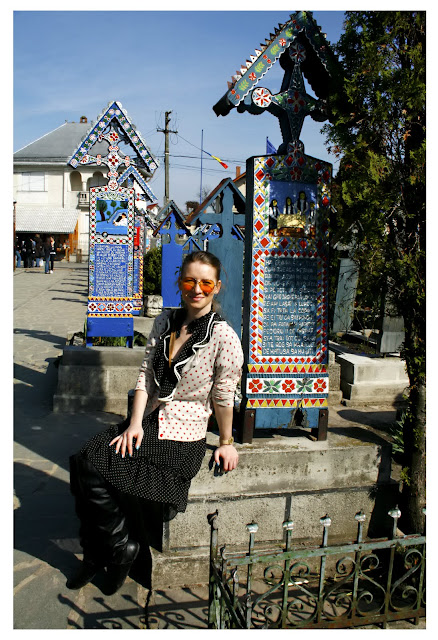 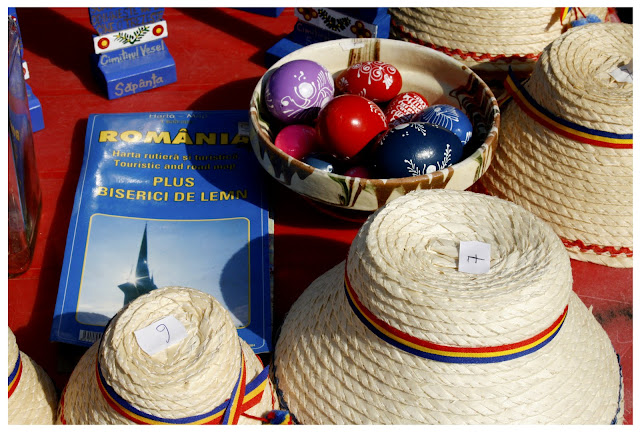 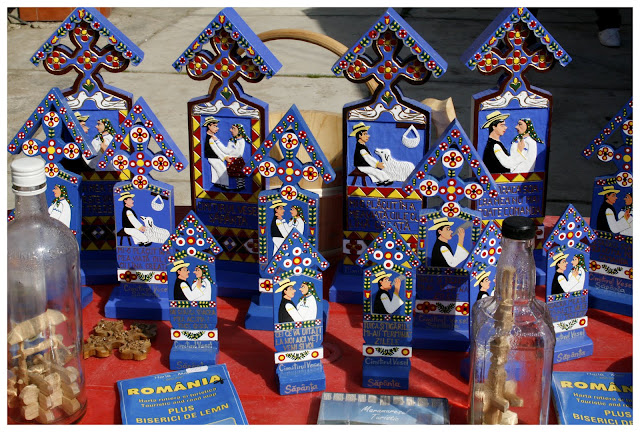 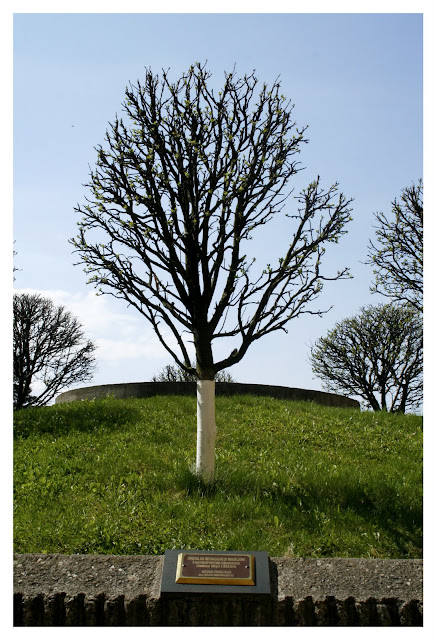 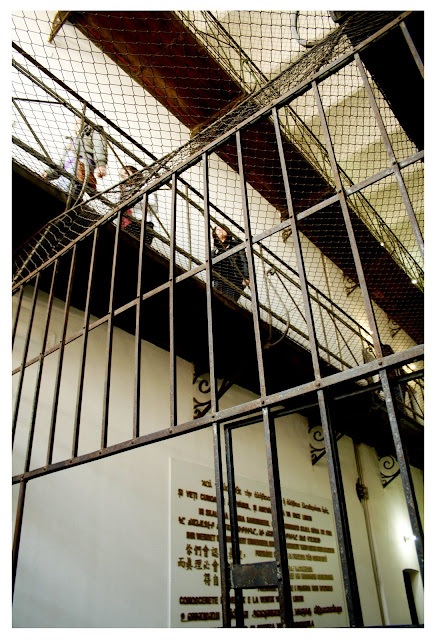 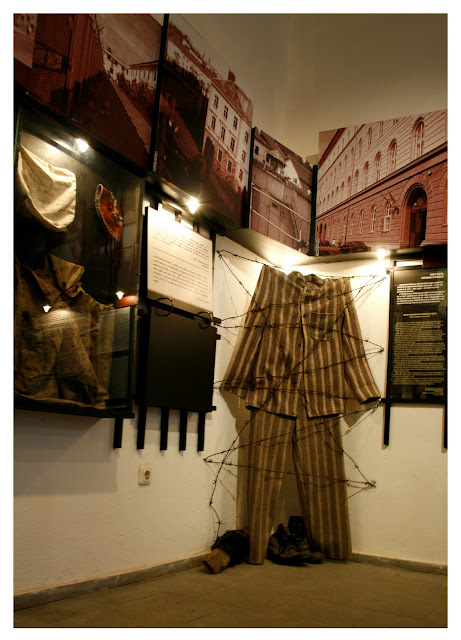 The pictures speak for themselves...here's more info about the Memorial . 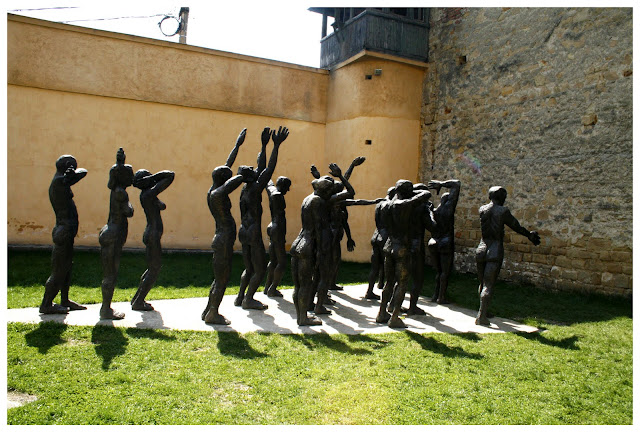