I like to identify with things around me...beautiful, inspiring, meaningful things.
Here's ONE...As far as I can remember, I always had one flower that I loved most of all (and still do), both for the looks and smells - The King of flowers, The Peony 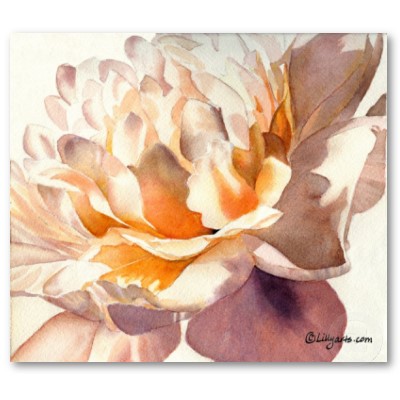 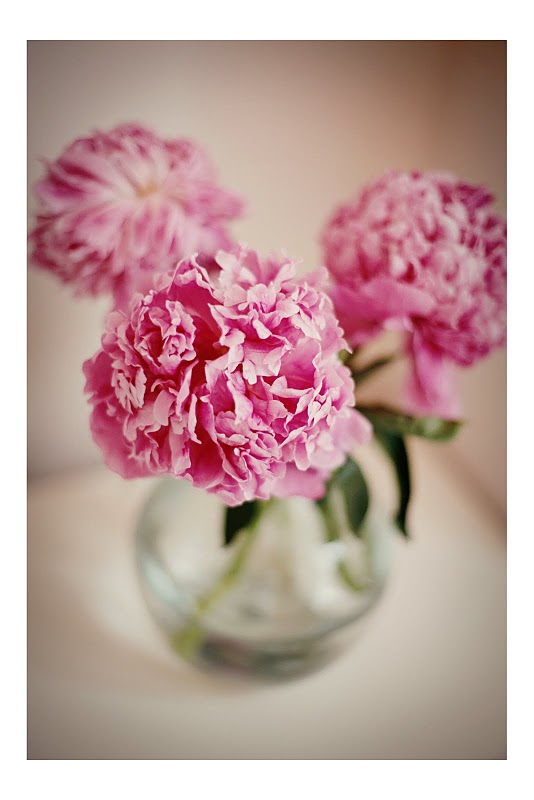 Peony is named for Paeon, a deity of healing. Paeon was a student of Asclepius, the god of medicine and healing. He was instructed by Leto (Apollo's mother and goddess of fertility) to obtain a magical root growing on Mount Olympus that would soothe the pain of women in childbirth. Asclepius became jealous and threatened to kill his pupil. Zeus saved Paeon from the wrath of Asclepius by changing him into the peony flower. Peony seeds were used on pregnant women in ancient times. 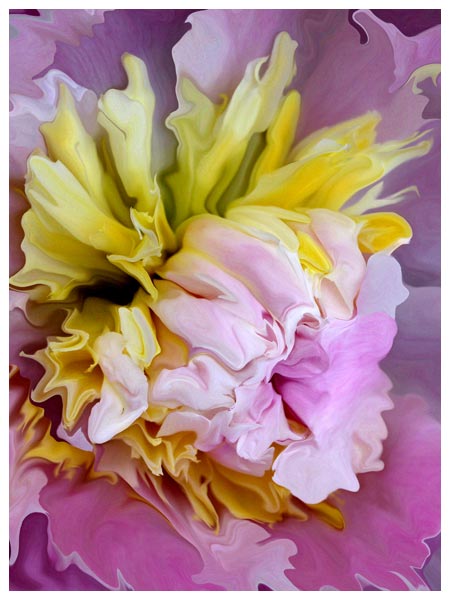 The Peony represents the Royal Families of China. They call it the ~Sho-yo~ which means medicinal herb plant. The root of Sho-yao was what first interested the Chinese. It is the flower of prosperity and is a symbol of wealth and beauty. 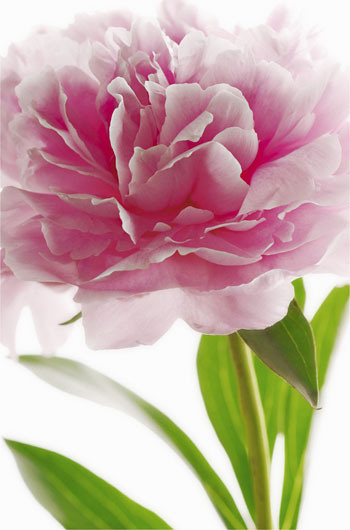 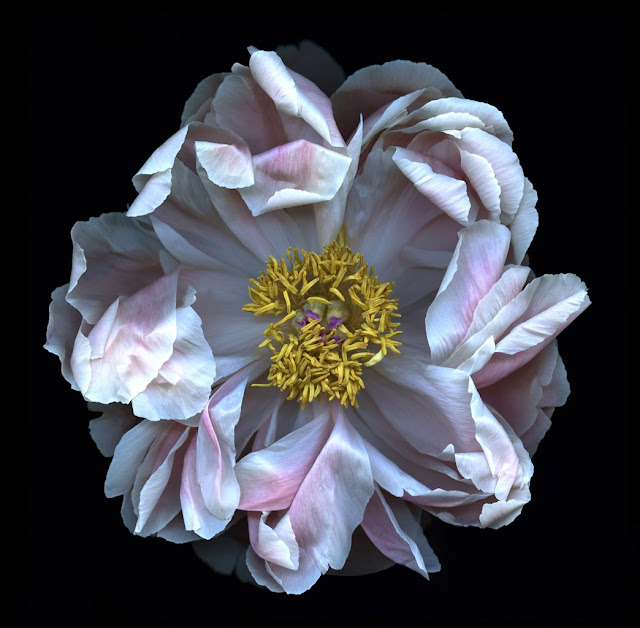 There is a legendary story about a peony from the Temple of Sorim, NakYang. Queen Mu had a party in the capital city of Jang-Ahn. The Queen wanted to show her authority and ordered all the flowers to bloom at the same time in order to make her happy. All the flowers obeyed, except for the peony. The Queen was so angry that she had it sent away to the country side, NakYang. Strangely, as soon as the peony arrived in NakYang, it bloomed beautifully. When the Queen heard this she was enraged and ordered it burned. Even after burning, the peony bloomed. Based on this legend, the peony became the symbol of loyalty among Chinese. 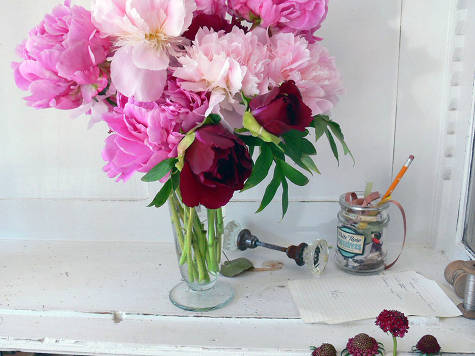 The earliest record of the peony was found in 1972 in a first century tomb. On one of the bamboo slips, a prescription was written: using the skin of the tree peony’s root. A famous painter, Gu Kaizhi (345-406), painted a garden scene with tree peonies in the background. During the time of Emperor Yang of the Sui Dynasty (605-618), we find in recorded history that a tribute of  20 cases of tree peonies of various names in red and yellow were presented to the Emperor. 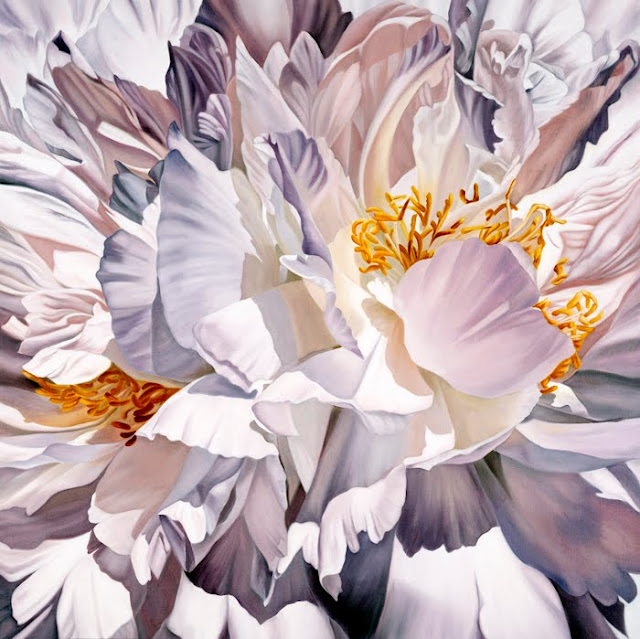 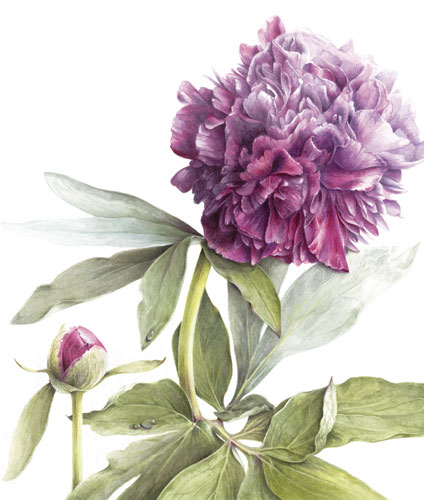 From the Tang Dynasty to the end of the Sung Dynasty (618-1279), the tree peony enjoyed great prestige. It was the favorite flower from the imperial court down to the common folks. Calling it the ~King of Flowers~ was initiated in the Tang Dynasty (618-907). A poet wrote "Only the tree peony is worthy of being called the Beauty of the Empire." People were enthralled by the tree peony. Poets wrote poems, musicians composed songs, artists painted pictures, and writers wrote articles about it. One of the most valuable articles preserved till today is Ouyang Xiu’s (1007-1072), Record of the Tree Peony in Luoyang. In this article he listed 24 kinds of tree peonies and described them one by one. Today, several in this group are still in existence and treasured by flower lovers in China. 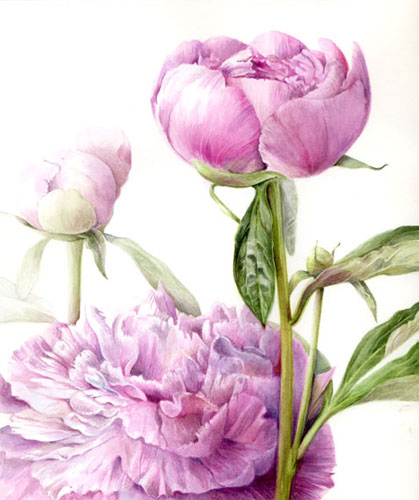 Peony is the flower of June in Japan, symbolizing ~hands full of cash.~
On March 13, 1957, the peony became Indiana’s 4th state flower.
Hope I made you fell in love with this beauty!
Love, Gab~
by Gabri est là la 11:07 PM