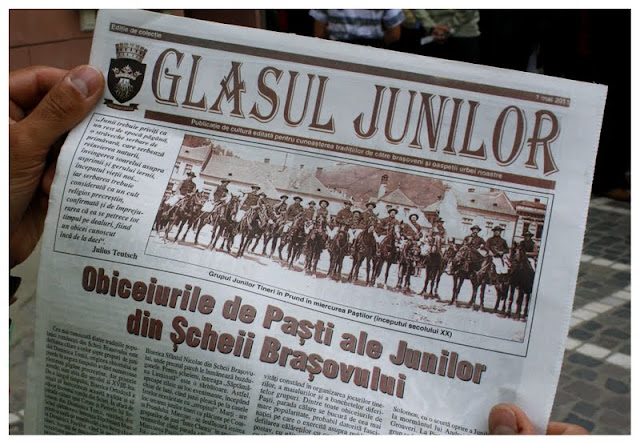 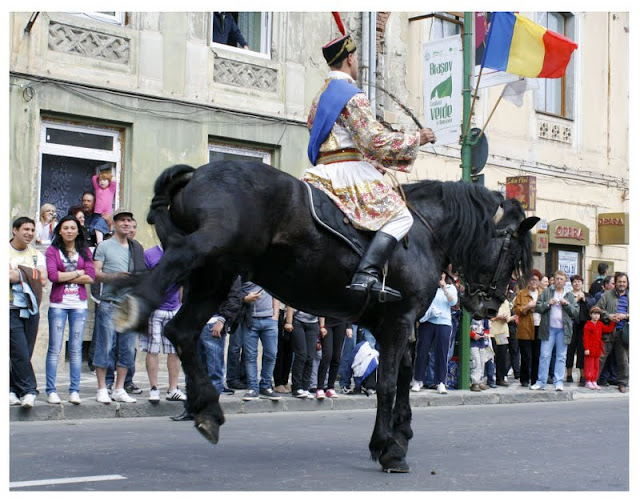 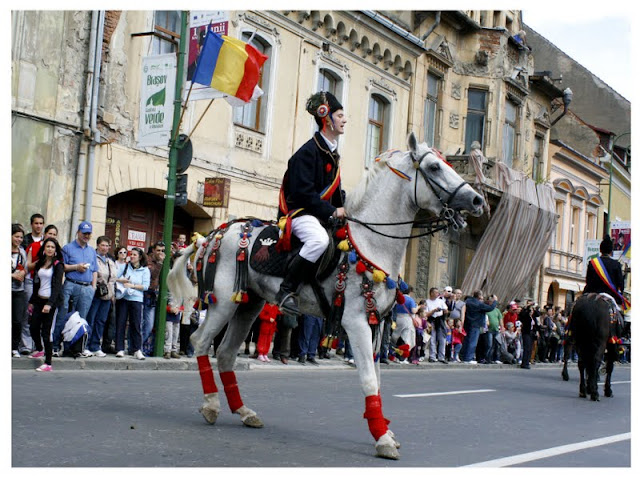 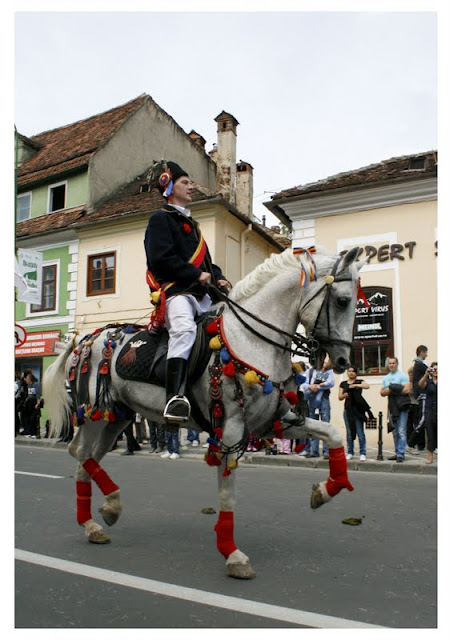 This is the reason there was such a crown on the streets of Brasov...and I was so glad to be part of...as a spectator :) The Juni of Brasov.
The Juni (youth) festival takes place in Braşov at the end of May. Perhaps the largest and most colorful event in the city, the festival begins with a gathering of people at Uniri Square. From there, young men from the Şchei neighborhood of Braşov (formerly a traditional Romanian village), dressed in folk costumes parade through the city on horseback followed by bands of musicians and crowds of participants, ending at Soloman’s Rocks.. Some of the costumes are over 150 years old, trimmed with up to 4,000 spangles weighing close to 88 pounds! 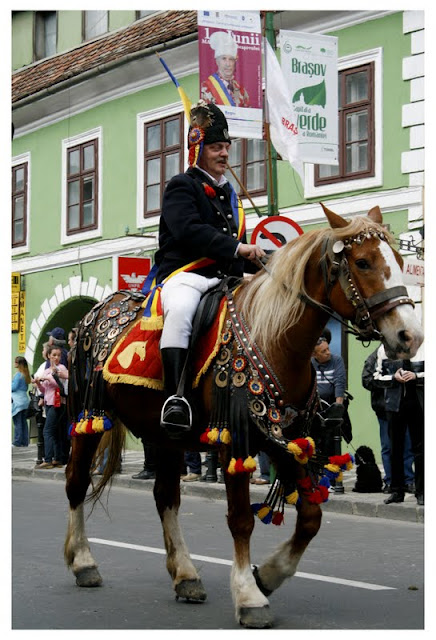 Originally, Juni of Braşov used to stretch over 10 days: it started on March 25, on the day of Blagoveştenie – an important holiday in the folk and religious calendar – continuing past Palm Sunday for another eight days until Easter Sunday. The celebration combines pre-Christian and Christian practices celebrating the ritual death and rebirth of the seasons. It is a mystery whether it originated as an initiation ritual of the young or whether it marked the only day of the year when Romanians were permitted to enter the Saxon town of Kronstadt (Braşov). 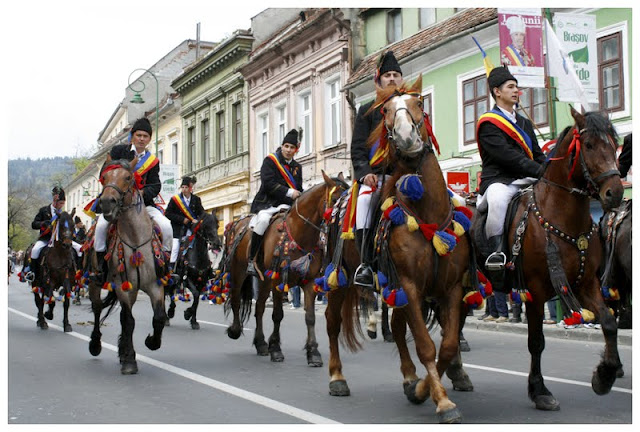 Certain rituals were carried out at precise times of the day, with interdictions connected to the age of the participants in these rituals, ritual feasts and dances (the căţeaua, the hora) were organized, ritual items were used (the fife, the mace), fertility and virility practices took place, etc. The hora at Solomon’s Rocks once functioned as a folk trial, because those who disrespected the rules imposed by the community were not permitted to join the circle. If they did join the circle, the hora was stopped until they left it. 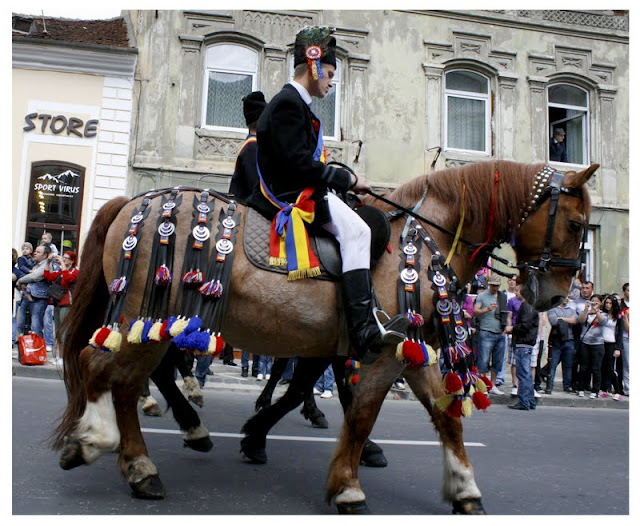 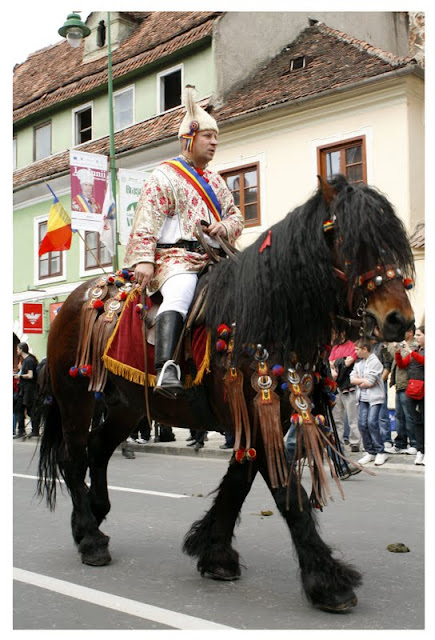 Many of the original purposes of these rites were lost once the village of Şchei became a district belonging to the city of Braşov, but the celebration remains nevertheless an extremely interesting event. One practice that remains unchanged is throwing the mace, a test of men’s power and virility.  -> info source  <- 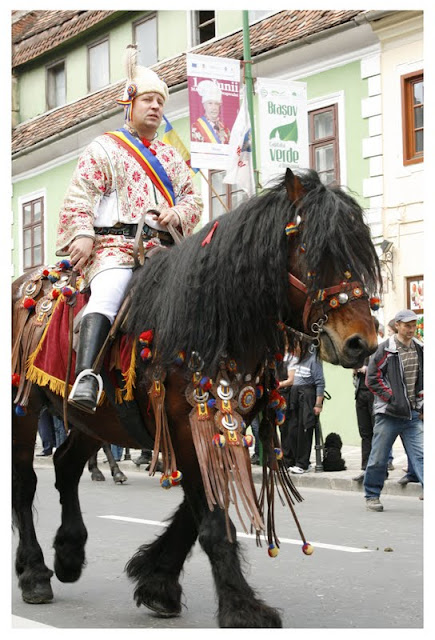 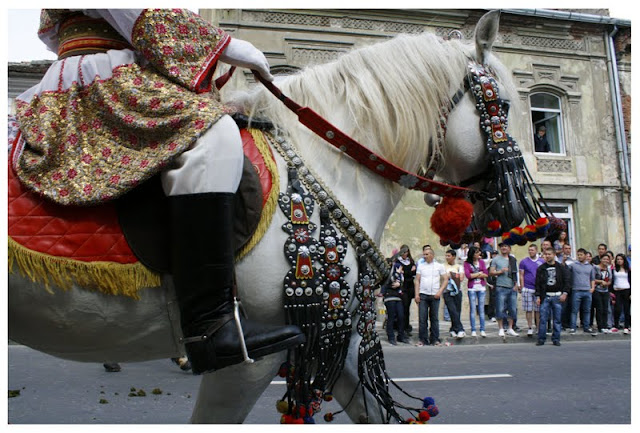 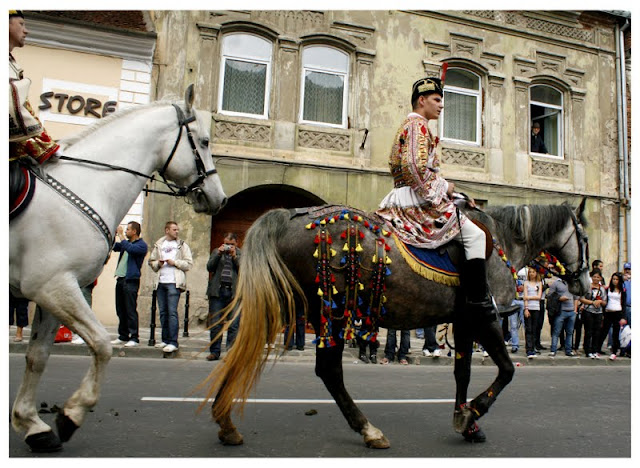 It was one of the few things that made me proud of being Romanian...A true show of  power, beauty, strength, control, distinction and delicacy. Hope you enjoy the pics!
See ya soon!
Love,  Gab~
by Gabri est là la 10:43 PM